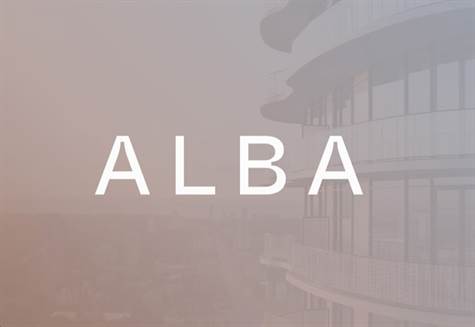 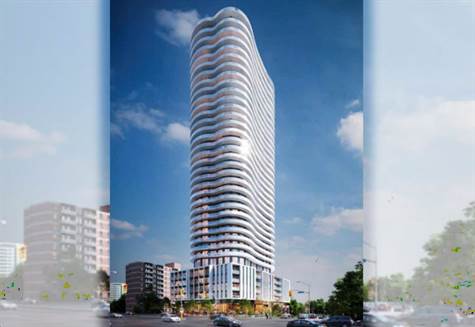 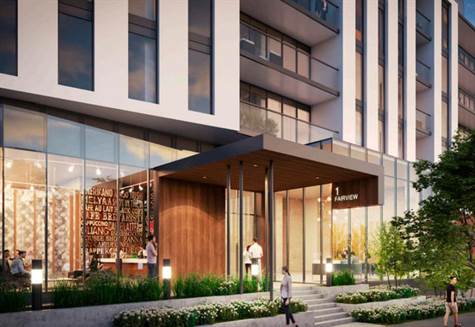 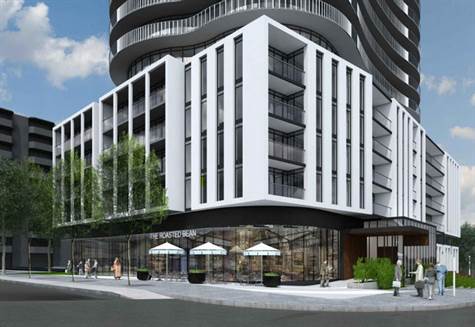 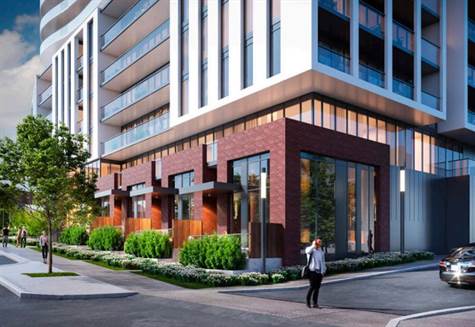 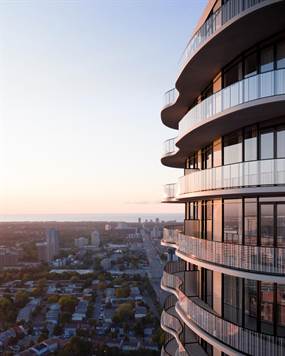 COMING JULY 7th.
Alba Condos is a new condo and townhouse development by Edenshaw Developments currently in preconstruction at 1 Fairview Road East, Mississauga. Alba Condos has a total of 410 units.

Downtown Mississauga is about to see a new dawn. Alba Condos, which is strategically located on Hurontario Street in a transit-rich community, while offering life-enriching amenities, exceptional suite finishes, and spectacular views of Lake Ontario and Downtown Toronto. The name comes from the beautiful open east and southeast views.

Welcome to Alba. Watch new days unfold from sunrise to sunset. Mississauga is about to get a once-in-a-lifetime living experience. Make it your own.

Alba Condos is located in downtown Mississauga. The Toronto Pearson International Airport, Canada’s largest and busiest airport, has been the most important driver of Mississauga’s growth. Because of its close proximity to the airport and the City of Toronto, several companies have chosen to locate their headquarters in Mississauga.

Mississauga is also honored with a beautiful coastline on the shores of Lake Ontario. The pristine conservation lands lining the Credit River, the University of Toronto’s expansive Erindale College Сampus on Mississauga Road, as well as the Hershey Centre, which hosts significant sports and entertainment events, all contribute to the cornerstone of a great community.

Mississauga is the sixth-largest city in Canada
In 2016, 130,000 Sq.ft south wing expansion completed at Square One Shopping Centre, which welcomes 25 million visitors annually
Square One is Eastern Canada’s largest shopping center.
By 2041, 85000 Business in the city, 552,000 jobs will be created
Sheridan College: 21,000 full-time and 17,000 continuing and part-time students
University of Toronto Mississauga Campus: 13,500 undergraduate students, as well as 575 graduate students
Easy access to anywhere in the city
Many transit options including highway access, bike paths,
Mississauga Transit, GO Transit, and LRT- Square One
Several nearby main branches for major banks such as RBC and ICICI.
Mississauga Celebration Square one major street away.
Living Arts Center and the Art Gallery of Mississauga
Trillium Health Partners – Mississauga Hospital on the intersection of Hurontario Drive and Queensway